This year getting to you? Stand for a moment.

The Bible tells some of the most gruesome stories. Like the one where the Israelites are being chased by the Egyptian army. But the aim is almost always to show God’s faithfulness and provision.

We read that the LORD made Pharaoh (the king of Egypt) so stubborn that he pursued the Israelites, who were boldly leaving Egypt.

As Pharaoh approached, the Israelites looked up and saw that the Egyptians were coming after them. Terrified, they cried out to the LORD.

Then when nothing happened in the moment they turn to Moses, "Did you bring us out into the desert to die because there were no graves in Egypt? Look what you've done by bringing us out of Egypt!

Moses answered the people, "Don't be afraid! Stand still, and see what the LORD will do to save you today. You will never see these Egyptians again.

The LORD is fighting for you! So be still!"

How utterly impossible to be still when you are between the devil and the sea. No way out.

Can’t see the future – the current circumstances are impossible. (Sounds like the current

situation in the world?)

Then the LORD said to Moses, "Why are you crying out to me? Tell the Israelites to start moving.

Raise your staff, stretch out your hand over the sea, and divide the water. Then the Israelites will go through the sea on dry ground.

The water divided, and the Israelites went through the middle of the sea on dry ground. The water stood like a wall on their right and on their left.

Just before dawn, the LORD looked down from the column of fire and smoke and threw the Egyptian camp into a panic.

He made the wheels of their chariots come off so that they could hardly move. Then the Egyptians shouted, "Let's get out of here! The LORD is fighting for Israel! He's against us!"

Moses stretched his hand over the sea, and at daybreak the water returned to its usual place. The Egyptians tried to escape, but the LORD swept them into the sea.

That day the LORD saved Israel from the Egyptians.

God is never changing. If He fought for Israel, He will fight for you for you are part of His

Ephesians’ 2:19  That is why you are no longer strangers and foreigners but fellow citizens with the saints and members of God's household,

2Thessalonians 3:3  But the Lord is faithful and will strengthen you and protect you from the evil one.

Father, help me to trust you with the details of my life.

When your mind is raging –talk to yourself and say ‘be still, the Lord will fight for you’ 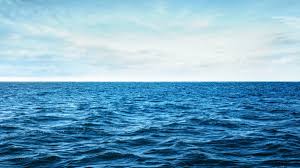 It is time! If you live in the southern hemisphere, Spring time. Time for new hope to emerge as we watch the fresh green leaves bursting forth. For many this also means Spring cleaning your little castle. For the winter brings a lot of dust and musty smells as we stay cooped up because of the cold.

And what an excellent time to clean out God’s house...the one on the inside of you. There where you keep your thoughts and prayers and hopes. It is also where we keep the cobwebs of fear and unforgiveness. Let’s get rid of the clutter we keep hoarding. Those things that weigh us down and keeps us from running the race as we should.

The best way to do this is to enlist some help, and what better partnership than God himself. His power is at work in us and He can accomplish so much more than we can. Won’t you trust Him with the cobwebs of fear and unforgiveness? Leave it to Him to clean up. For it is ultimately God who works in our hearts to make us willing and able to do what He wants us to do. You don’t have to strife...you have only to trust.

1Co 6:19  Don't you know that your body is a temple that belongs to the Holy Spirit? The Holy Spirit, whom you received from God, lives in you. You don't belong to yourselves.

Rom 12:2  Don't become like the people of this world. Instead, change the way you think. Then you will always be able to determine what God really wants-what is good, pleasing, and perfect.

Heb 12:1  Since we are surrounded by so many examples of faith, we must get rid of everything that slows us down, especially sin that distracts us. We must run the race that lies ahead of us and never give up.

Eph 3:20  Glory belongs to God, whose power is at work in us. By this power he can do infinitely more than we can ask or imagine.

Php 2:13  For it is God who is producing in you both the desire and the ability to do what pleases him.

God, I bring all the clutter and cobwebs of my heart to you. Work in me to let go of these and live free.

Don’t over think these things, just hand them over to God. Do it symbolically if you have to. 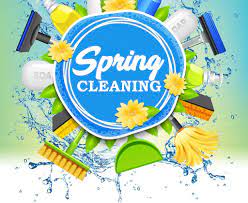 Worry and how to deal with it.

Sometimes at night I lie awake, thinking about the future. Wondering why things didn’t work out the way they are supposing to. We wonder about many things: Children, husband, work, income. When you wonder how things will turn out – you are actually worrying. Making mind pictures about something that is not yet true. And the truth is they may never come true, until you start proclaiming them and calling them into being.

I believe these statements give us the antidote to worry. We can sum them up in three words: Believe – Pray – Trust.

Believe that tomorrow will worry about itself. Pray about everything. And trust that your heavenly Father knows what you need. Though you will have needs, God will provide for them as they occur. Do not, therefore, increase the cares of today by borrowing trouble from the future.

Father I believe that you know what I need and I ask that you will provide for me.

When you start to worry about something, turn it into a prayer. 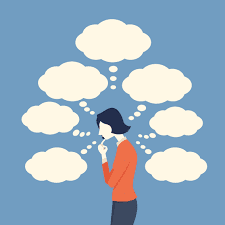 Blessing people is as old as the human race. God started it when He blessed man after creation. Later on He teaches us how to bless each other: “The LORD bless you and keep you; the LORD make his face to shine upon you and be gracious to you; the LORD lift up his countenance upon you and give you peace. It is interesting that He puts his name before every blessing. Three times. And he uses his personal name. And then after the blessing He says: "So whenever they use my name to bless the Israelites, I will bless them." I do believe if God says something He will do it! The Jews did not declare this blessing weekly, but daily at the last sacrifice.

This beautiful blessing contains everything we need. There is blessing and protection, acceptance and compassion, favour and peace.  It is a work of power upon man and the end is peace. This peace, called Shalom entails both safety and welfare.  Completing the circle, to be safe can be explained as well and happy and welfare as health, prosperity and peace.

It reminds us of Pauls benediction in the New Testament where we read; may the

Spirit be with you all. He also writes God’s name in front of every blessing, making

sure that we use God’s name to bless His people so that they can be blessed!

Lord, thank you for your blessing upon my life.

Speak God’s blessing over yourself and your family. 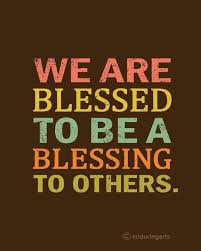 In Tune
We have been involved in ministry since 1990 serving wherever God called us. After studying our marketplace degrees, we have also studied in the theological arena to equip ourselves for the work of the ministry. With a rich heritage in faith we were involved in church planting, pastoring, teaching and training believers and raising up the next generation. Under the leading of the Holy Spirit IN TUNE - Word Worship Lifestyle - was founded by Christo & Maryna Jovner in 2011. Our aim is to preach and teach the WORD of God, to teach on the various aspects of WORSHIP and to impact people to live an abundant LIFESTYLE. Our heart is to present the Word of God with sincerity, passion, and a deep rooted revelation of the Person of Jesus Christ so that His legacy continues even stronger in the generations that follow ours. Changing our world one person at a time.